Have you ever found yourself struggling to understand an image without being able to? Have you tried perhaps to find some similarity between what you see and some well-known object, in an attempt to make sense of that image that you had never seen before? You may have experienced this sensation for a moment, for example, when looking at a magnetic resonance or an ultrasound image for the first time; or when looking at an abstract painting whose title induces you to strive towards recognizing a specific object in it.

Visual agnosia is an acquired perceptual disorder caused by brain damage, in which the affected person is unable to recognize previously known visual stimuli, despite preservation of at least some sensation (there is no blindness) [1] and despite being able to recognize the same stimuli through other senses, such as touch or hearing.

These individuals can see, but they cannot understand what they see. This occurs either when the brain fails to produce a single, coherent image from the visual features of the object present, what is called apperceptive visual agnosia. Or when, despite being able to form an image (percept), it cannot be associated with anything already known, and so no meaning can be assigned to what the visual information is or to its function. This second case is known as associative visual agnosia [1, 2].

In apperceptive visual agnosia, due to a failure to form a coherent percept, individuals cannot identify the shape of objects and so have trouble recognizing the differences between similar objects, copying a drawing of these simple shapes, or mentally reconstructing forms [1].

In associative visual agnosia, individuals can correctly perceive shapes, but they cannot interpret them. Individuals can match similar figures and copy a drawing, but cannot associate shapes with objects [1] (e.g., associating a rectangle with a book, or a glove with a hand). In addition, visual agnosia can selectively affect the recognition of different types of stimuli, such as objects (visual object agnosia), colors (color agnosia or achromatognosia), words (gnostic alexia), faces (prosopagnosia) or it can affect the integration of the elements of a complex stimulus (simultaneous agnosia or simultagnosia). [1,3] 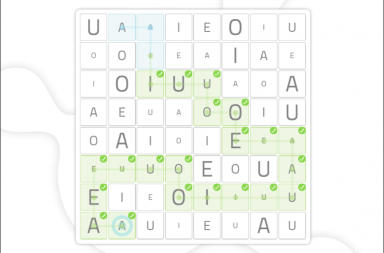